on March 30, 2020
Beram Kayal's match worn shirt from the Brighton vs. Manchester United FA Cup Quarterfinal match played at the Old Trafford Stadium on March 17th, 2018. Brighton had beaten Crystal Palace, Middlesbrough, and Coventry City on their path to this round. The hosts took the lead from a Romelu Lukaku header in the 37th minute and sealed the match through a Nemanja Matic goal in the 83rd. Kayal played the full 90 minutes of the match.

The shirt features the FA Cup patch on the right sleeve as well as the regular JD sponsor patch on the left. It is currently the only FA shirt in my collection. 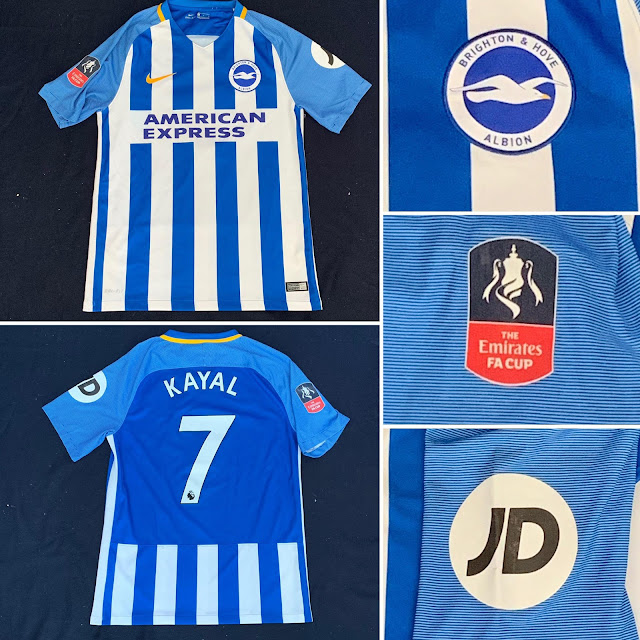 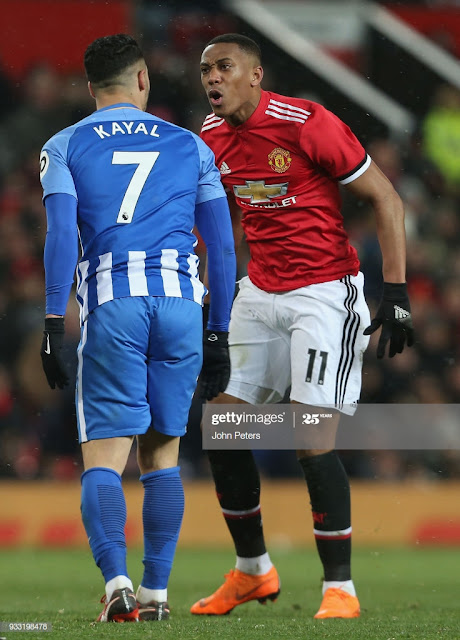 Kayal getting yelled at by Anthony Martial 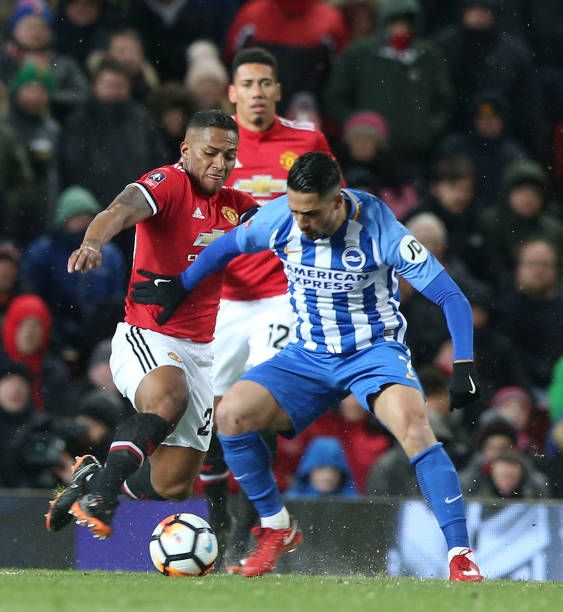