on February 17, 2020
Dor Micha's match worn shirt from the Maccabi Tel Aviv vs. Bnei Yehuda State Cup Final played on May 25th, 2017 at the Teddy Stadium in Jerusalem. Micha started the match and played the first 100 minutes until being subbed by Yossi Benayoun. The match had finished 0-0 after extra time and proceeded to penalties. Despite scoring the first penalties, Maccabi choked and lost 5-4. The result was extremely disappointing for Maccabi as it meant the second year in a row with no trophies. 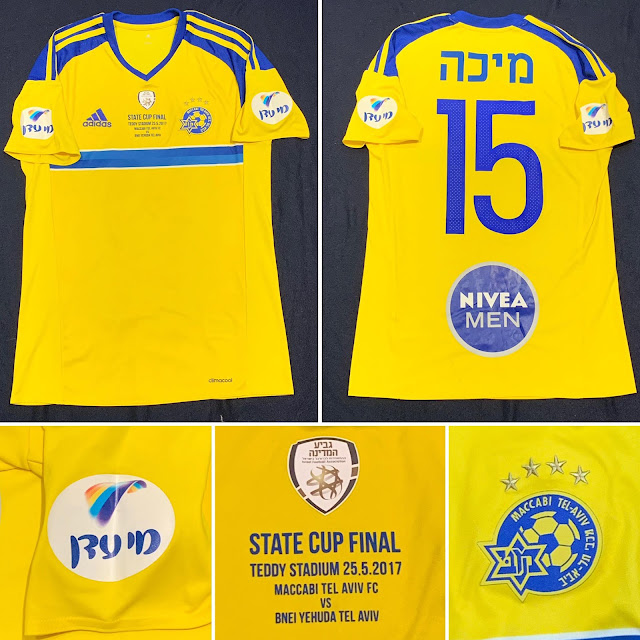 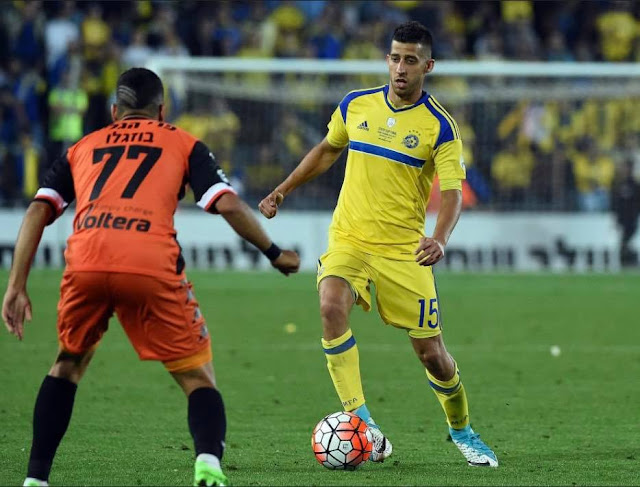 Dor Micha in the shirt making a play against Almog Buzaglo 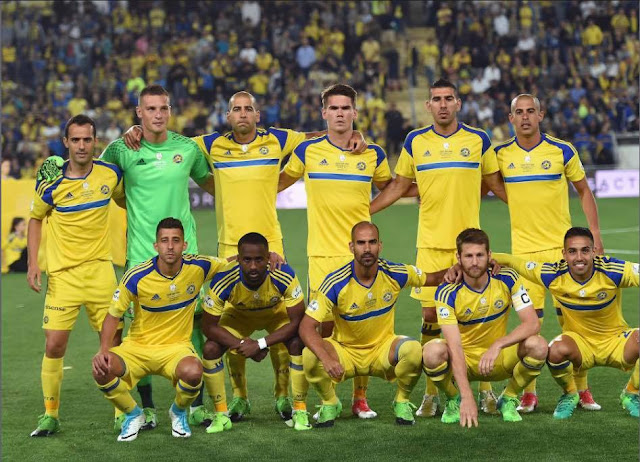 Maccabi Tel Aviv squad before the match (Micha is first on the left, bottom row)