on December 04, 2019
Ofir Marciano's match worn shirt from the Israel v. Austria match played on October 10th, 2019 at the Ernst Happel Stadion. Israel lost the match 3-1, despite taking the lead from a stunning Eran Zahavi goal in the 34th minute. Marciano played the full match and made many amazing saves. He unfortunately conceded the 3 goals due to horrible defense from the Israeli back line.

I received the shirt in person from Ofir at the conclusion of the match. It has white chalk stains on the sleeve with the Uefa heart qualifier and respect patches. I also had it signed by Ofir, prior to his Hibs away match vs. St. Mirren on November 26th, 2019 in Paisley. 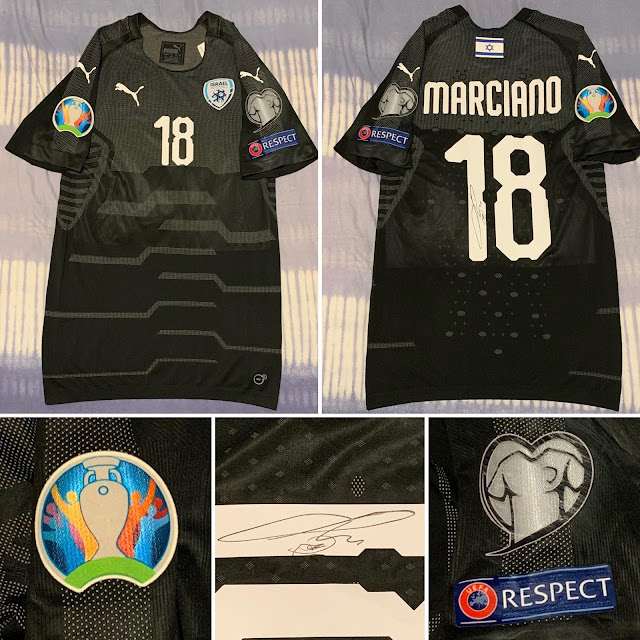 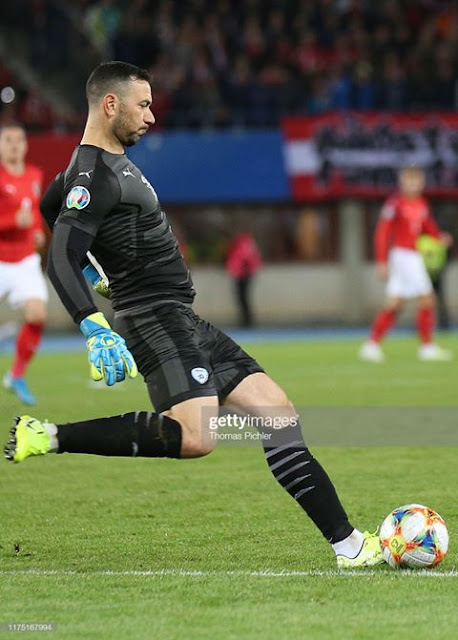 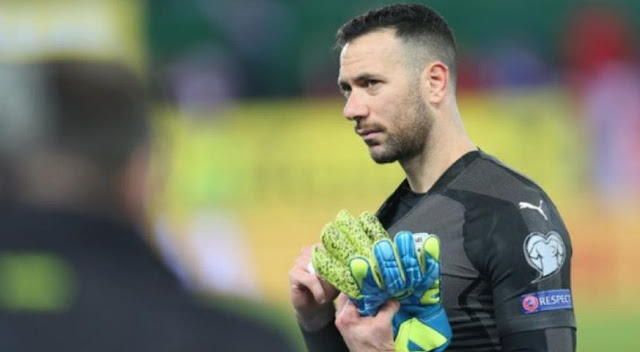 Marciano after the match