on November 28, 2019
Yossi Benayoun's match worn Nike Mercurial boots from his loan spell with Arsenal in the 2011/12 season. Yossi scored 4 goals for Arsenal with 19 appearances for the club. The boots unfortunately don't have any specific player customizations but are both signed. The boots were purchased from a fellow collector that received them as well as his match shirt from Yossi after one of Arsenal's matches vs. Manchester City. 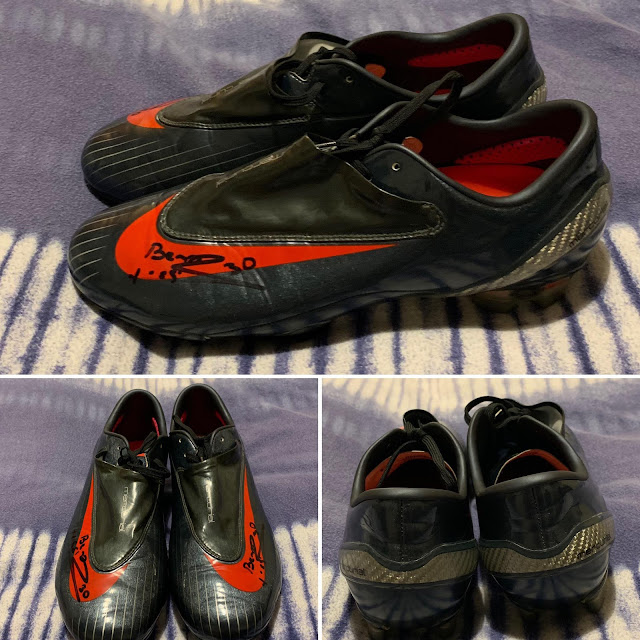