on June 14, 2021
Omer Danino's match issued and signed shirt from the Israel vs. Albania match played in the Sami Ofer Stadium on June 11, 2017. This was a very frustrating result as Israel lost the match 3-0. This was the 6th match of the campaign but only the 3rd in which Israel wore match details under the crest. I was at the match and was unsuccessful in getting a shirt from one of the players at the end of the match.

Danino currently plays for Maccabi Petach Tikva and has scored 1 goal in 41 appearances for the club. He has 0 international caps despite being called up and sitting on the bench during this match vs. Albania.
UPDATE: I had the shirt signed (in both Hebrew and English) in June 2021 by Danino while meeting him in person while he was vacationing in NYC. 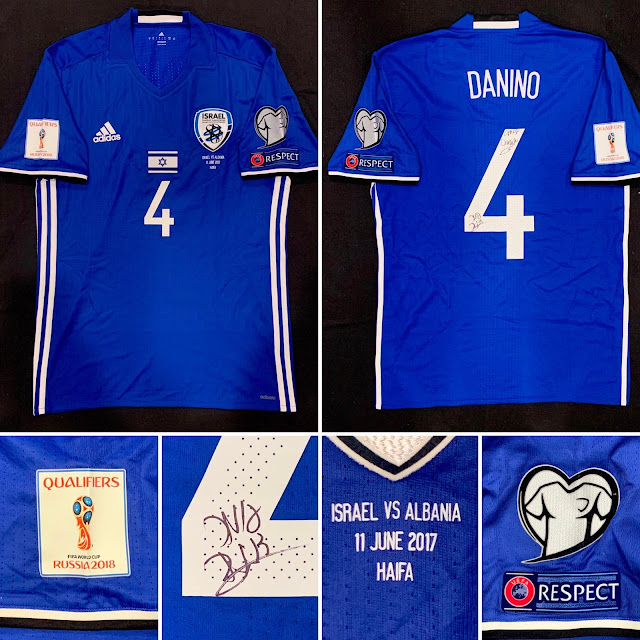 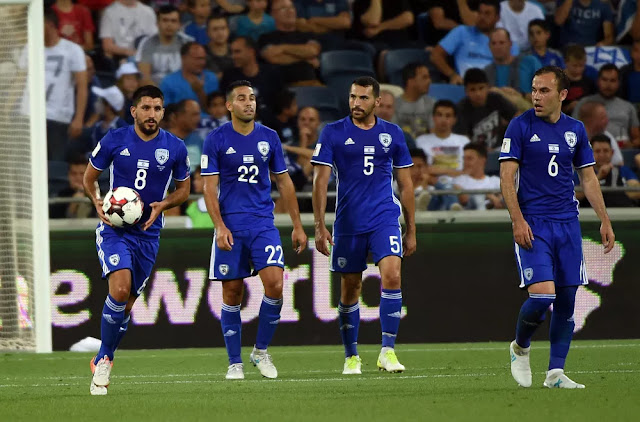