on September 19, 2019
Tal Ben Chaim's match issued shirt from the Israel vs. Cyprus match played at the Teddy Stadium on October 10th, 2015. Israel lost the match 2-1 ending their dream of qualifying for the European Championships.  Tal played the full 90 minutes and received a yellow card in the 3rd minute of stoppage time.  This match was the only match that Israel played with the Blue kit during this campaign.  The Blue kit ended up being worn two more times in friendly matches vs. Croatia and Serbia in 2015 but with no last name. 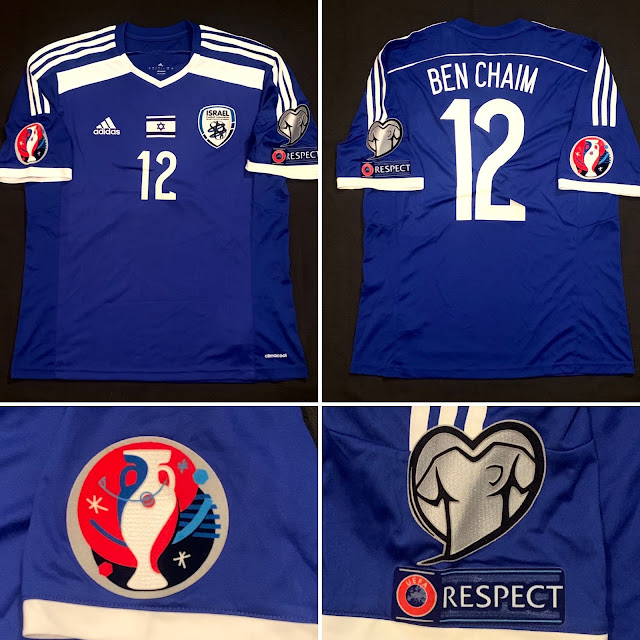 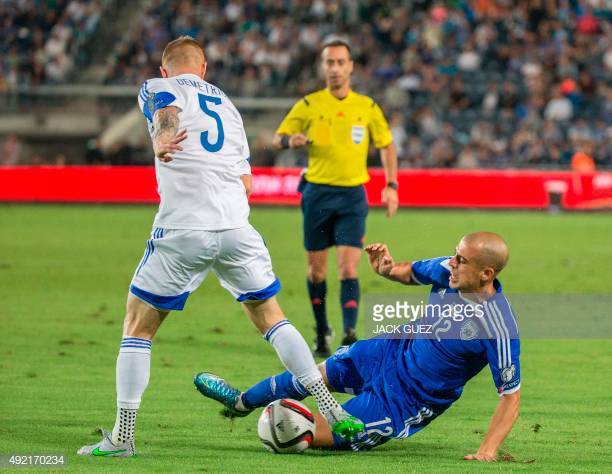 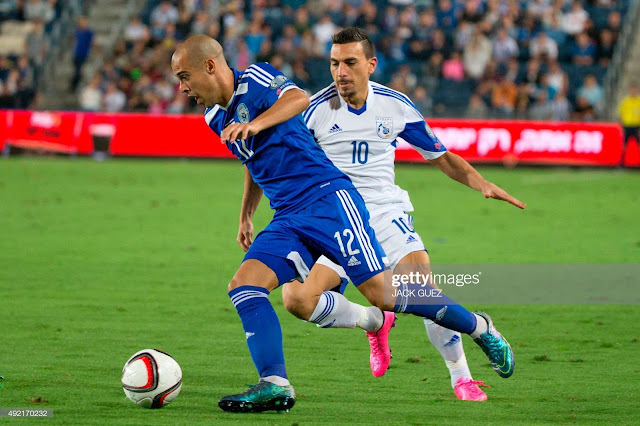 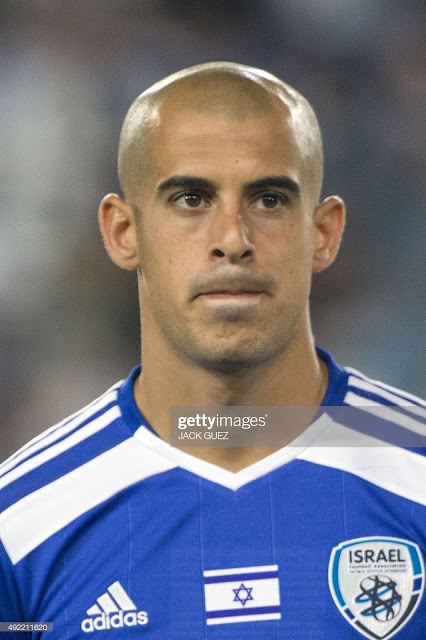 Tal during the national anthem