This is an Avi Rikan match worn shirt from the Maccabi Tel Aviv vs Maccabi Netanya match that was played on January 9th, 2018. This is an extremely rare shirt as MTA only wore it in this one match commemorating the 1995/96 season when they won the double. It is an iconic shirt as it has the vintage checkerboard pattern. It features the vintage MTA crest (which differs slightly from the logo used today) and the fritz patches on both sleeves. Maccabi won the match 3-0 from a 75th minute goal by Barak Itzhaki and an 82nd minute as well as a 90th minute goal from Vidar Kjartansson. The shirt was purchased directly from the team store and has the entire squads signatures on the front. 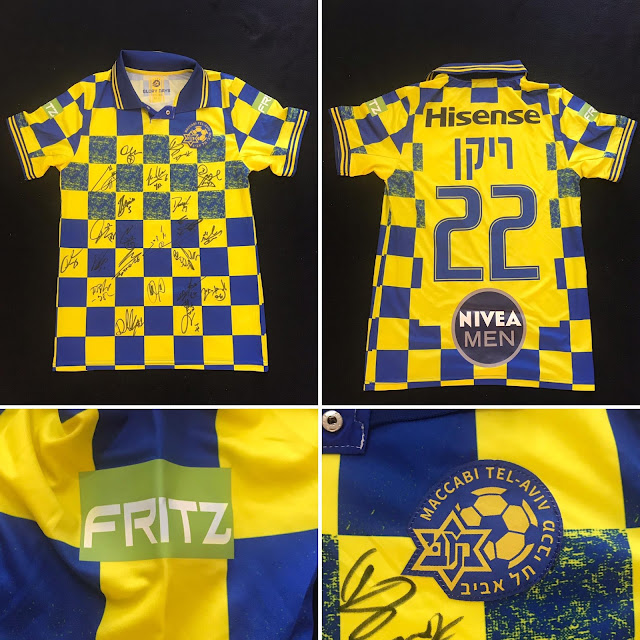 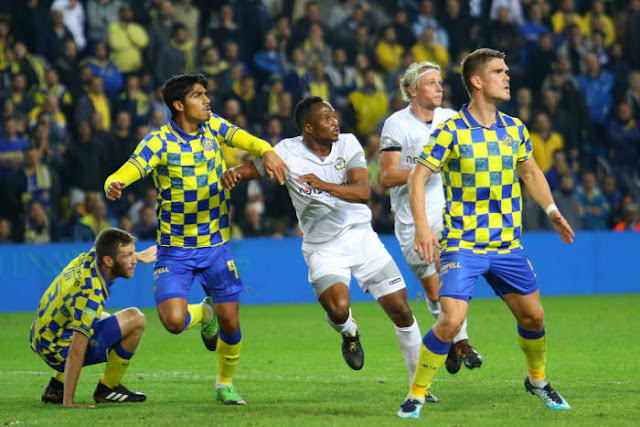 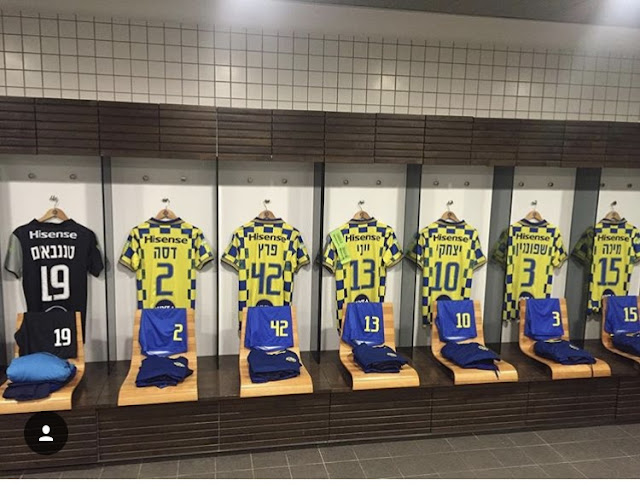 Maccabi locker room before the match 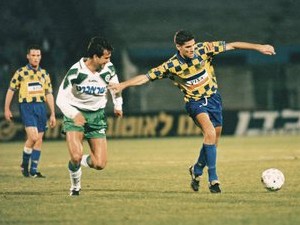