on August 23, 2019
A match issued Ariel Harush shirt from the Israel vs Liechtenstein match played at the Rheinpark Stadion in Vaduz, Liechtenstein. Israel won the match 1-0 from a 21st minute goal by Eitan Tibi. The match itself wasn't very exciting as Israel didn't create many opportunities to score. This was the penultimate match of Israel's 2018 World Cup Qualifying campaign. Israel was in Group G and finished in 4th place with 12 points in the 10 matches. This was Israel's second and final match playing in the newer white kit that was used at the end of the campaign. The match details were printed regularly on the shirt unlike the previous match in which they were put on a sticker beneath the crest. 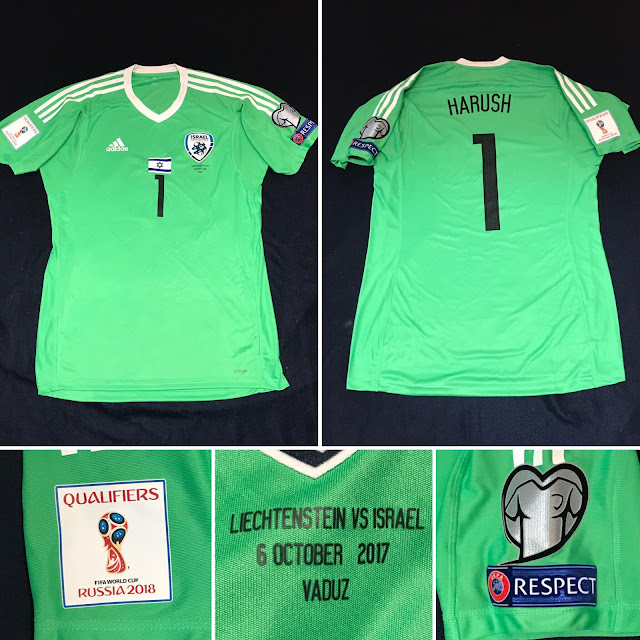 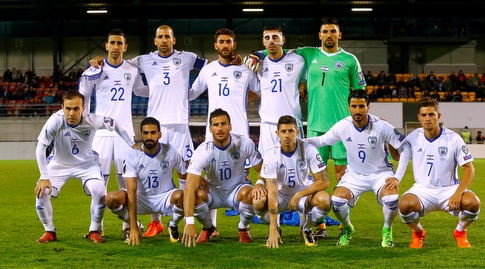 Team photo prior to the match vs. Liechtenstein (Harush is on the right in the back row)