on June 30, 2019
This is a match worn Dor Peretz shirt from Maccabi's first round second leg match vs. Ferencvaros at the Netanya Stadium on July 19, 2018. Maccabi won the match 1-0 from a brilliant 45th minute goal by Eliran Atar. Maccabi won 2-1 on aggregate to advance to the next round playing against Radnicki Nis of Serbia. Dor Peretz played all 90 minutes of this match. This was only the second match (first one being in the away match vs. Ferencvaros) where Maccabi wore their new 2018/19 Home kit. It is a very interesting shirt as it has blue and yellow stripes and features the new sponsor, Penguin Pick Up. This is the second season in a row that Maccabi has been producing their own kits (you can see the MTA written on the top left of the shirt). 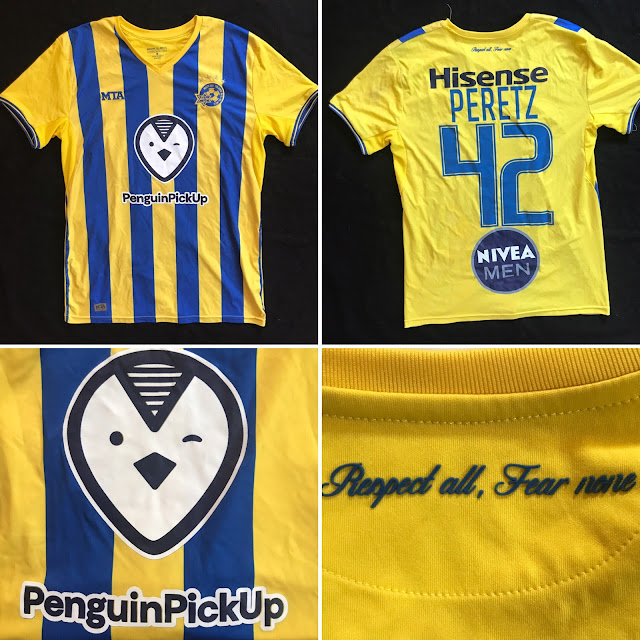 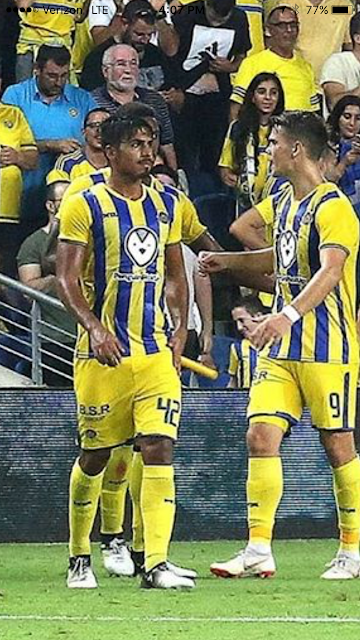 Dor Peretz during the match 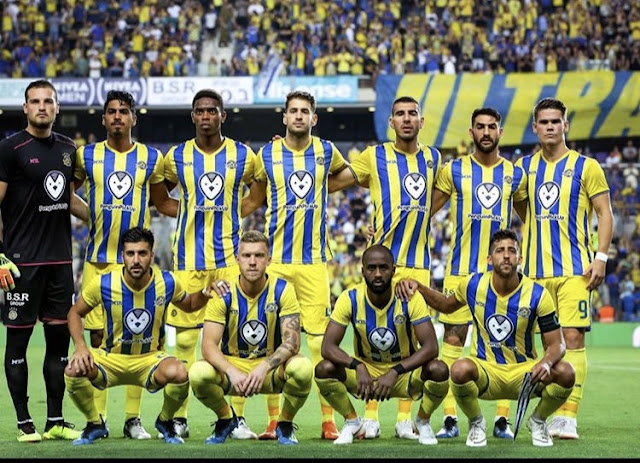