on May 01, 2019
Almog Cohen's match worn/issued shirt from the Israel vs. Macedonia match played on September 2nd, 2017. Almog played the full 90 minutes. Israel lost the match 1-0 due to a 73rd minute goal by Goran Pandev. This was an extremely frustrating match for Israel as they didn't create many chances. The fans were furious with the team and cursed the Israeli Captain, Eran Zahavi. In anger he threw his armband and following the defeat announced his retirement from the national team (he later rejoined the team for the Uefa Nations League 2018/19). 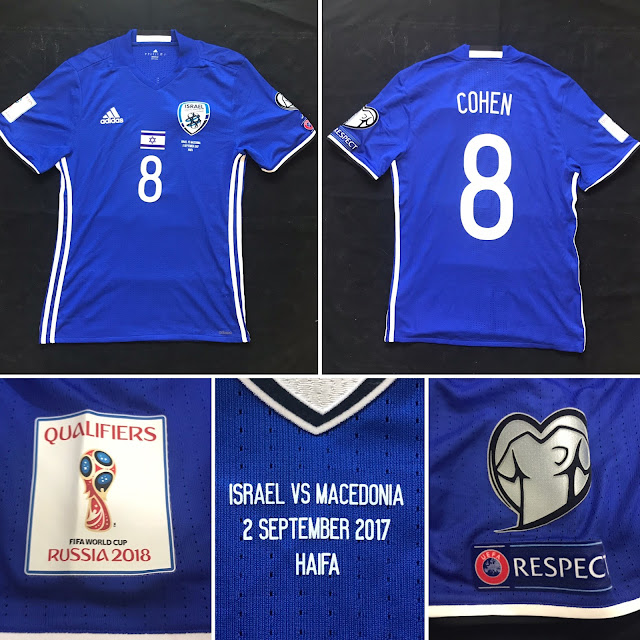 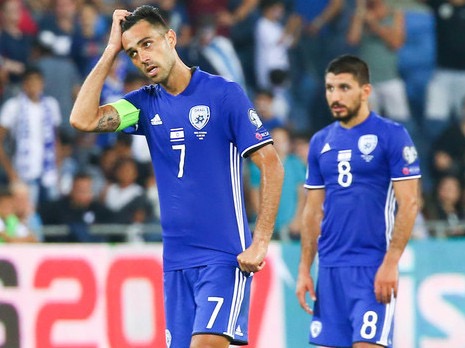 Almog Cohen and Eran Zahavi frustrated during loss vs. Macedonia