on April 01, 2019
This is a Bibras Natcho match worn shirt from the Israel vs. Scotland Uefa Nations League match played on November 20th, 2018. The shirt was personally given to me by Natcho after the match. Israel unfortunately lost the match 3-2 and finished in 2nd place in the group, missing out on promotion to League B, and qualification to the League C Nations League playoffs. They started the match really well taking the lead in the 9th minute from a Beram Kayal curler from outside the box. This wasn't enough however, as James Forrest tore through the Israeli defense scoring a hat-trick (in the 34th, 43rd, and 64th minutes). Eran Zahavi was able to bring Israel back into the game with a 75th minute goal but Israel again wasn't able to capitalize after Hemed's 88th min shot was saved by Alan McGregor.

Although the loss was extremely disappointing, my trip to Glasgow had been incredible. I was fortunate enough to stay at the same hotel as the team. The night before the match I had the opportunity to meet some of the players when they arrived back to the hotel after practicing at Hamden Park. In the two minutes I had with them (before they were escorted upstairs), I was able to get Bibras to sign one of my Kazan shirts that I had brought with me as well as the convenience to take pictures with Almog Cohen and Dor Peretz. Although I didn't make a sign for Natcho, he most likely recognized me when they came over to the Israeli fans section at the end of the game, when he handed me the shirt. I was also able to get it signed by him when I ran into him and Tomer Hemed in the hotel lobby two hours after the match. I am extremely grateful to Bibras for giving me such the shirt and for being nice enough to sign it after the devastating loss. This is an extremely rare shirt as Bibras has been the active captain of the Israeli National Team since the start of the Nations League Campaign. In addition, this was the only match out of the four Nations League matches that Israel played with the white kit (only match played in white kit with the Nations League patches). I was one of 5 fans inside the stadium to get a shirt from one of the players. Almog Cohen, Sheran Yeini, Dor Micha, and Taleb Tawatha gave their shirts away to other Israeli fans. This shirt will go down as one of my favorites due its rarity and due to being match worn by the captain. 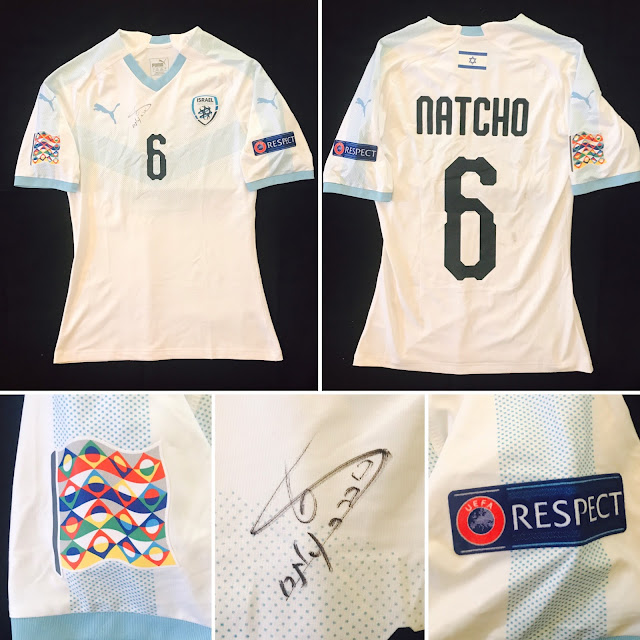 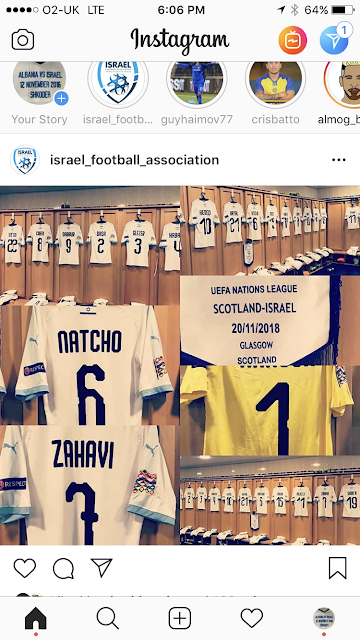 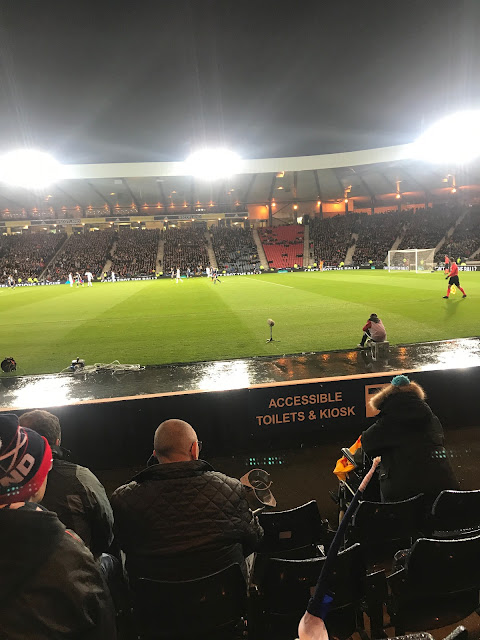 The view from the 5th row of the Israeli section 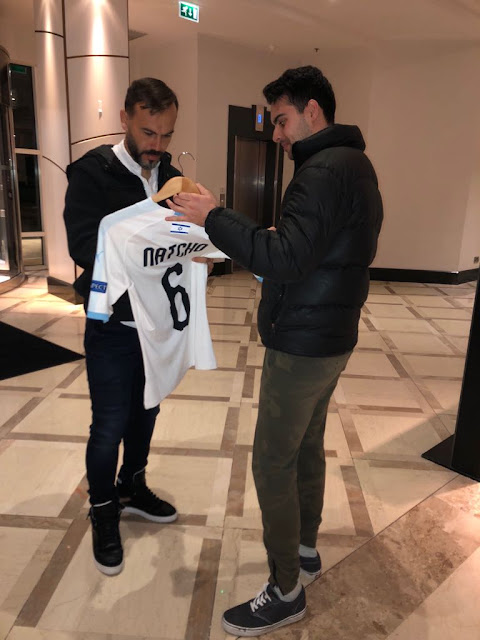 Getting the shirt signed by Natcho after the match