on April 01, 2019
An extremely rare Ariel Harush match issued shirt from one of the final two matches of the 2014 World Cup Qualifying campaign. Israel finished off the campaign with an away match vs. Portugal (10/11/2013) and a home match vs. Northern Ireland (10/15/2013). Israel accidentally tied Portugal when Eden Ben Basat was able to capitalize from a Rui Patricio blunder in the 85th minute as the match finished 1-1. The second match also ended a 1-1 draw as Eden Ben Basat scored a header in the 43rd minute while Steven Davis tied the match for Northern Ireland with a goal in the 72nd minute.

This shirt is one of the rarer shirts in my collection. It is the only goalkeeper shirt that I own with elbow padding. It is size extra large and feels like a very heavy shirt. I was able to determine that it came from one of the final two matches as these were the only matches during this campaign where the goalkeeper kit had both the last name and numbering in black. In the other matches they were mixed black and white or just white. The shirt is definitely issued as Dudu Aouate started and played every match during the campaign. This was his final campaign with the Israeli national team.

This shirt is one of the older adidas style goalkeeper kits as they've opted to make the shirts lighter by removing the elbow padding. I happen to also own Eden Ben Basat's match worn shirt from the final match vs. Northern Ireland in which he scored Israel's only goal. 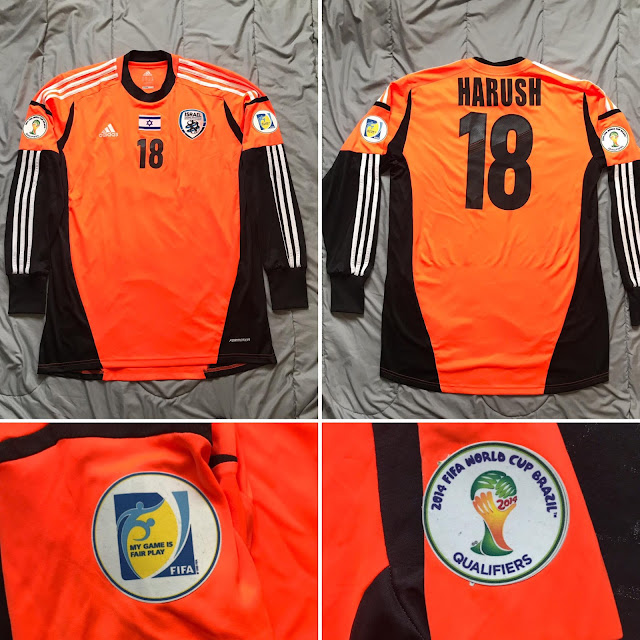 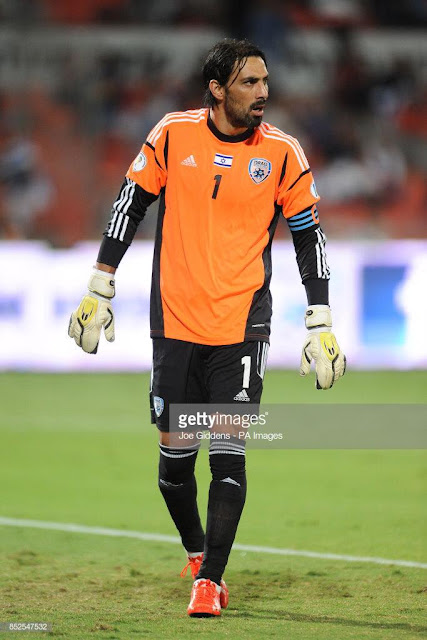 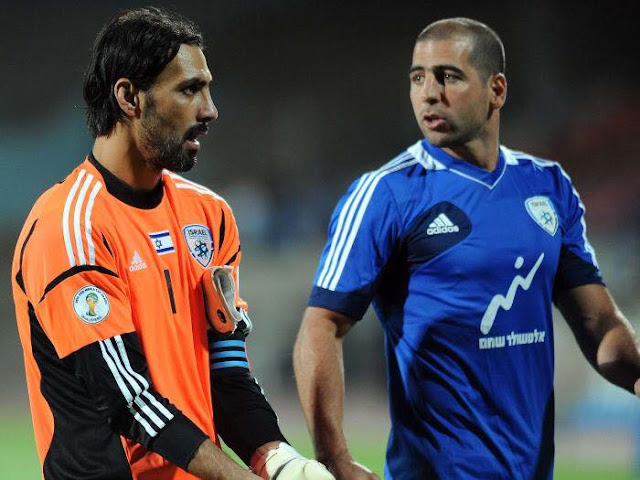