on March 03, 2019
An incredible Tomer Hemed Match Worn Shirt from the QPR vs. West Brom match played on February 19th, 2019 at the Loftus Road Stadium. Although the match had been close, QPR ended up losing 3-2. Hemed came on as a substitute in the 71st minute replacing Nahki Wells, and immediately made an impact as he managed to get QPR a penalty 4 minutes later, which he ended up scoring. QPR unfortunately couldn't keep the draw and lost the match from a stoppage time goal by Jake Livermore.

The shirt itself is absolutely beautiful as it has many stains from the match. It had been worn in many matches by Hemed as the yellow Sky Bet patch had already been falling off when I received it. An interesting thing to mention is that there is residue in the shape of a poppy patch right in the center of the shirt next to the crest. It has led me to believe that this was one of the shirts that was prepared for the poppy matches earlier this year and was reused instead of being put for auction. The shirt also has Hemed's autograph right by his last name on the back of the shirt.

This match was an incredible experience that will stay with me for a long time. I had spent the day exploring London before taking the tube to Loftus Road. I had arrived very early and had a beer at one of the QPR pubs right by the stadium. I had been very lucky as I was able to purchase tickets right by the QPR bench and once the players began their pre match training, I got Hemed's attention with a sign that I had prepared for him. While the final result was very disappointing, I was ecstatic to receive this shirt from Tomer. Asides from it's colorful design, it is extremely rare and special as he scored a goal wearing it. I am very thankful and appreciative of kind gesture from Tomer! 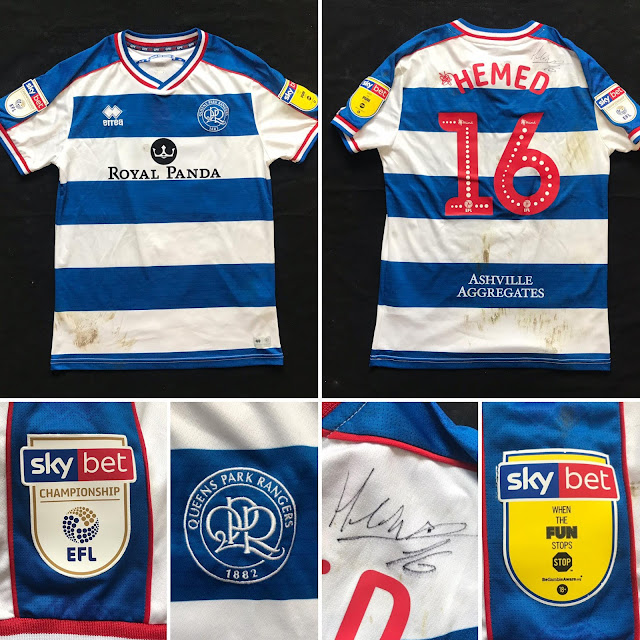 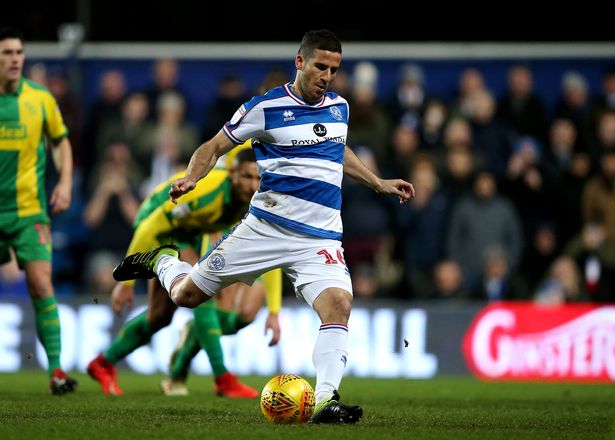 Hemed in the shirt scoring the penalty 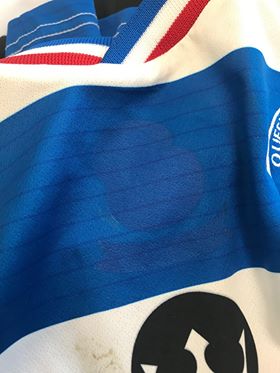 Poppy residue on the shirt 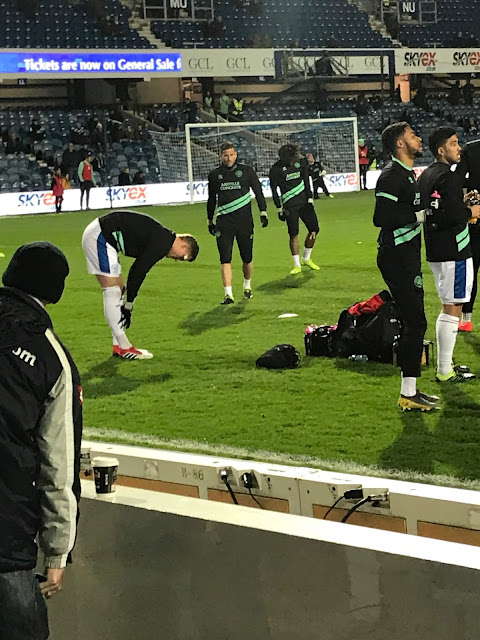 Hemed warming up before the match

QPR players warming up before the match

QPR and West Brom players walk onto the pitch 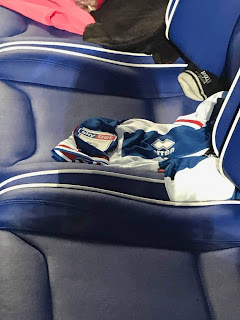 A closeup of one of the QPR shirts 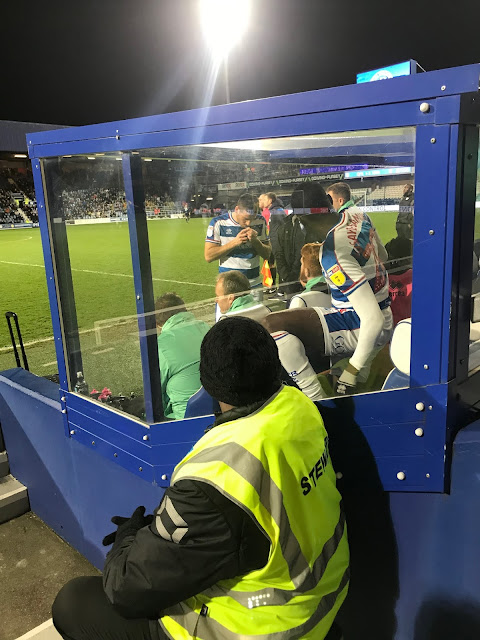 Hemed about to come on as a sub

Hemed scoring the Penalty in the 75th minute

Getting the shirt from Hemed after the match