on March 31, 2019
Bibras Natcho's match worn shirt from the from the 2-0 Olympiakos victory over Apollon Smirnis played on March 4, 2019. Bibras came on as a substitute in the 58th minute for Konstantinos Fortounis and played the remainder of the match. The shirt is almost spotless but smells bad from being worn in the match. This is my second Natcho Oympiakos shirt as I also have the third shirt from this same season from an earlier match in September vs. Panionios.

Bibras joined Olympiakos during the summer of 2018 on a 2 year deal. As of today, he has 1 goal in 19 appearances for the Greek club. 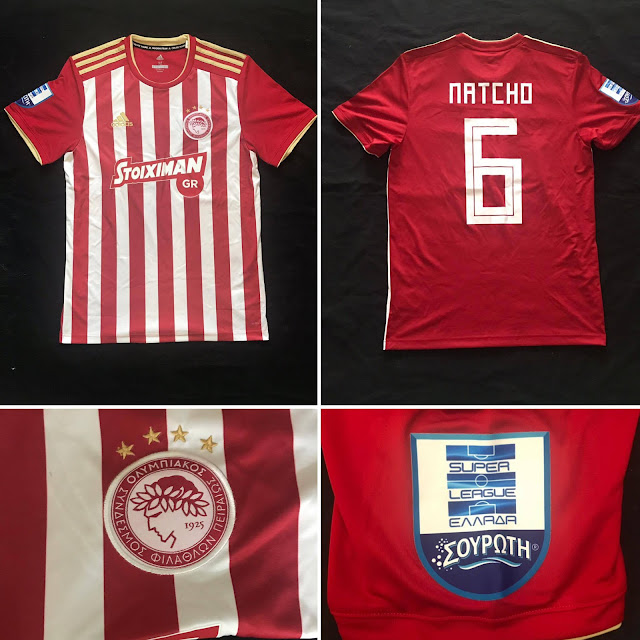 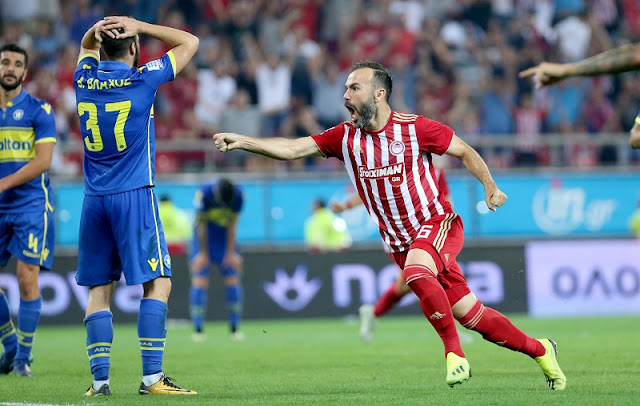 Natcho in action with Olympiakos