on January 25, 2019
The following is a match worn/issued Predrag Rajkovic goalkeeper kit for Maccabi Tel Aviv. The shirt is from the 2017/18 season, the first season that Maccabi made their own kits. The shirt itself is very large, featuring the last name in English (only used for European matches), and the Fritz patches on both sleeves. An interesting differentiation from this shirt is that the Nivea men sponsor on the bottom is part of the shirt itself and not a patch (every other MTA shirt that I have with the Nivea sponsor was a patch ironed on; including the Haviv Ohayon Goalkeeper shirt in my collection). I am unsure if this shirt was worn or just issued as the only match that I'm aware of where Maccabi played with English last names and the Fritz patches was in the second leg of Maccabi's Europa League Playoff Vs. Altach. To my knowledge, Rajkovic wore a purple kit in that match.

Predrag Rajkovic joined Maccabi in the 2015/16 season right after the team qualified to the Uefa Champions League group stages. Since joining the team, he has been the main starting goalkeeper for the club, and has featured in over 125 matches. He is also a regular call-up for the Serbian National Team, and featured in their squad during the 2018 Fifa World Cup. 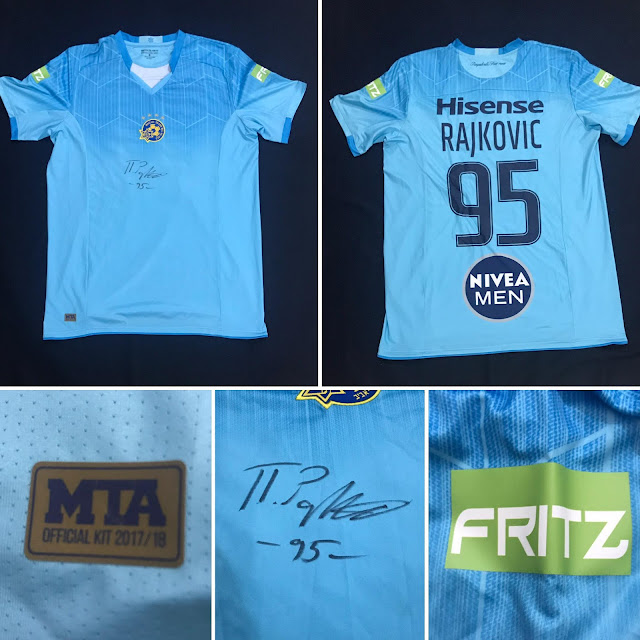 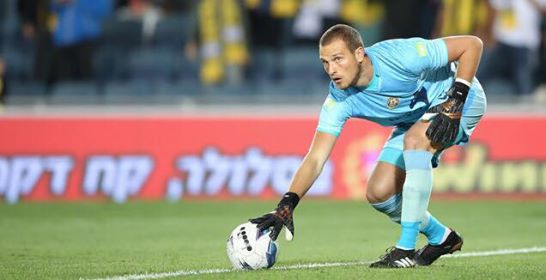