on January 17, 2019
This is a match issued Moanes Dabbur shirt from the Israel vs Italy match that was played on September 5th, 2016. This was the first match for Israel in the 2018 World Cup Qualifier campaign. Israel lost the match 3-1 with Tal Ben Chaim scoring Israel's only goal in the 35th minute, a beautiful chip over Italian goalkeeper, Gigi Buffon, into the net. From an Israeli shirt collector's perspective, this was a historic match for the Israeli National Team as it was the first time the shirts were printed with match details under the logo. In addition, this feature wasn't used consistently until the end of the campaign (being worn in 7/10 matches) and has ultimately been discontinued with Israel's sponsor change to Puma (hopefully will be continued in the Euro 2020 Qualifier Campaign). I believe that this was Dabbur's main shirt for the match as I think that the backup shirts prepared for the match didn't have match details. Although Dabbur didn't play, this is one of my favorite shirts as I love the design and believe that he will continue to be one of Israel's most promising players. 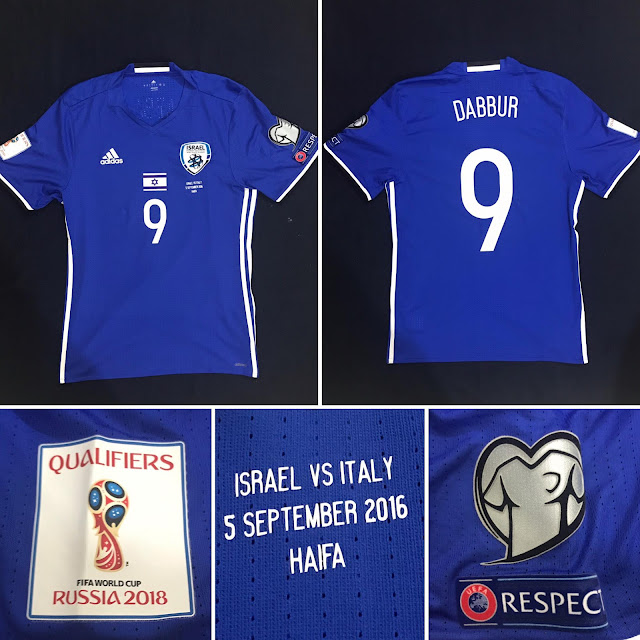 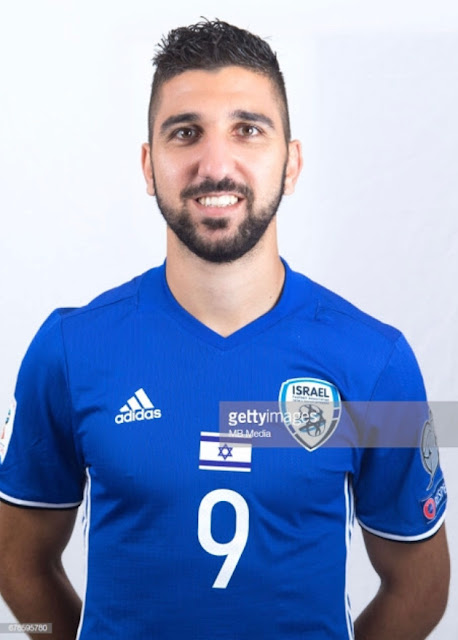 Dabbur at Israel photoshoot prior to the campaign 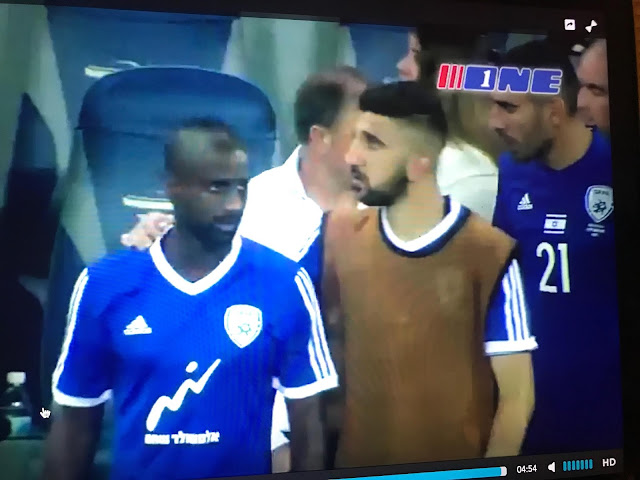 Dabbur and Dasa looking disappointed at the end of the match