on December 04, 2018
This is a Maor Melikson match worn shirt from the Valenciennes vs. Troyes match played on October 29th, 2013.  This was the third round of the French Coupe De La Ligue. Valenciennes lost the match 3-1 and were eliminated from the tournament. This is a very unique shirt as it has many rare patches and sponsors: French Cup Patches, 2-3-4 sponsor on front, Point P sponsor on back. The shirt originally had long sleeves, but were trimmed at the request of Melikson prior to the match. Melikson started the match and was substituted out in the 66th minute. He spent one year with the club (2013/14 Season) before returning to Israel to play for Hapoel Beer Sheva. 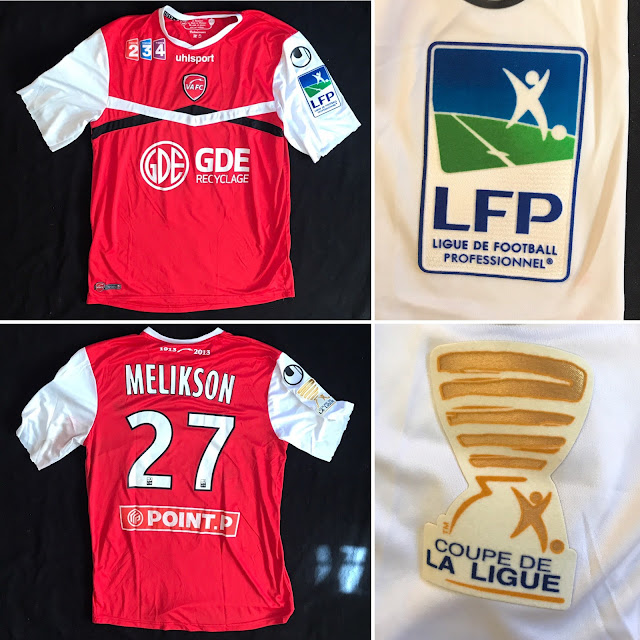 Melikson with the team before the match 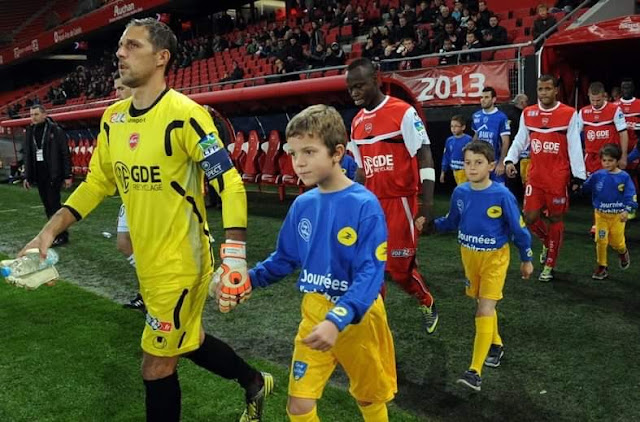