on September 28, 2018
This is a match worn/issued shirt belonging to one of the goalkeepers on the Israeli U21 side that featured in the 2013 Euro U21 Championships. Unfortunately, I will not display the player who's shirt this belonged to out of privacy for the previous owner of the shirt who requested for me not to do so. This was the second time Israel qualified for the Euro U21 Championships (first time being in 2007). Israel qualified for this tournament automatically as hosts, the first time Israel ever hosted a major European football tournament. Israel was in Group A with Italy, Norway and England. They finished just shy of Norway in 3rd place with 4 points after the three matches. They drew the first match 2-2 with Norway, lost 4-0 vs Italy, and beat England 1-0 in their final match. I am led to believe that this shirt was given for the match vs Norway as the Israeli flag patch was located on the left side of the shirt, instead of in the center of the shirt. The three Israeli keepers that made the roster for this tournament were: Boris Kleyman, Barak Levy, and Arik Yanko. 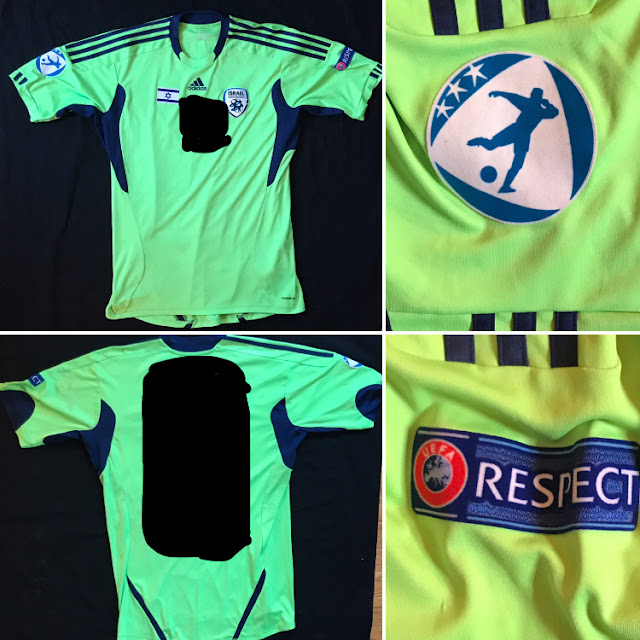 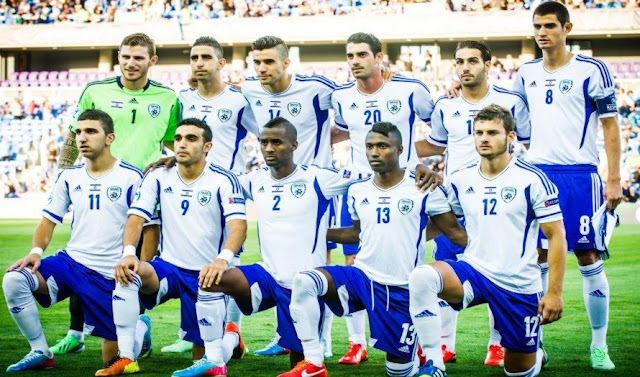 Squad photo prior to the 1st match vs. Norway
Euro U21 Championships Goalkeeper Israel U21