on December 26, 2021
Yoav Ziv's match worn shirt from the Israel vs. Switzerland 2010 World Cup qualifiers match played on September 6th, 2008 at the Ramat Gan Stadium. Despite being behind 2-0 at the 70th minute mark, Israel managed to score 2 goals (Benayoun 73', Ben Sahar 90+2') to level the match. This was Israel's first match of the 2010 World Cup qualification campaign that resulted in a 4th place finish in Group 2.
This is an extremely rare shirt as it features the last name on the back, something that was only used in two games (Home vs. Switzerland, and Home vs. Greece). Israel started wearing shirts with the players last names regularly 4 years later during the 2014 world cup qualifiers (they also played one match during the 2012 euro qualifiers with last names at Home vs. Greece). 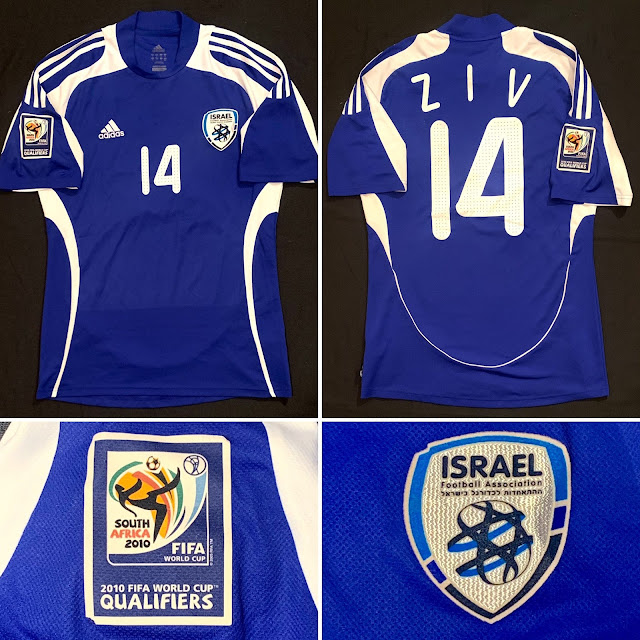 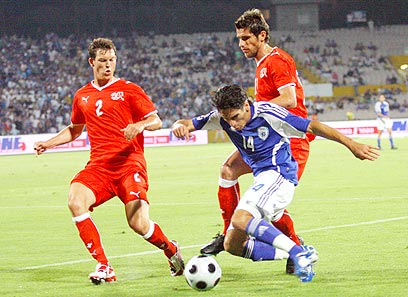