on August 10, 2018
This is a match worn/issued Ofir Davidzada shirt from the 2017/18 Europa League. Maccabi was in Group A with Villareal, Slavia Prague and FC Astana. Maccabi unfortunately finished in 4th place of their group with only 4 points after the 6 matches. They wore the Home kit in 4/6 of the matches opting to wear the away kit in the away matches vs. Villareal and Slavia Prague. This is a very interesting kit as it is from the first season where Maccabi starting producing their own kits. It was also a bit controversial as the 3 stripes in the middle of the shirt angered Adidas who sued Maccabi for copyright infringement. 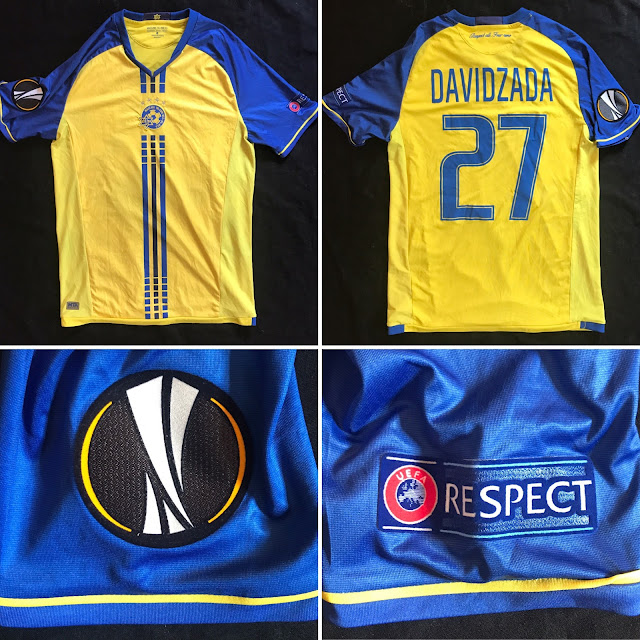 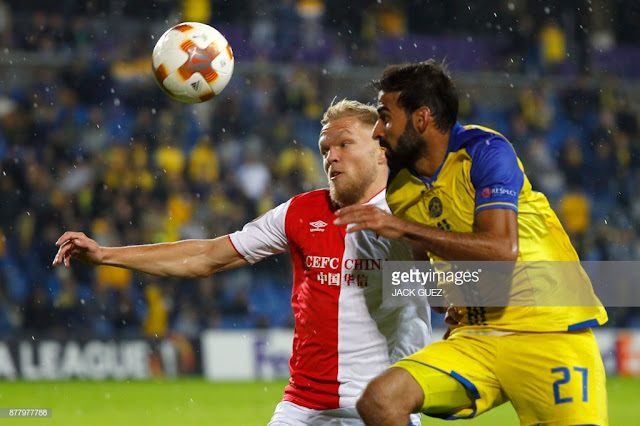 Davidzada battling a Slavia Prague player for the ball 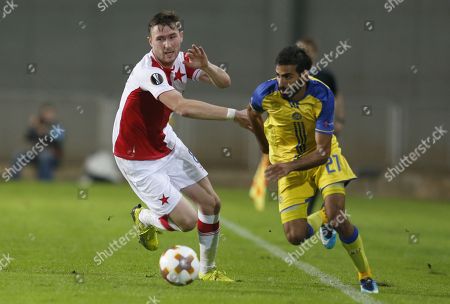 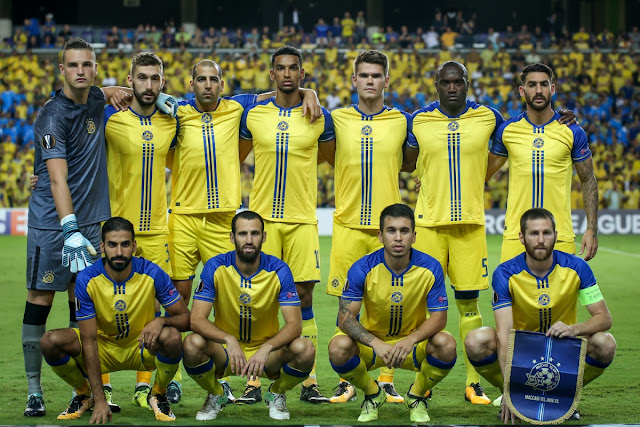 Maccabi squad photo before home match vs. Villareal (Davidzada is all the way on the left in the bottom row)
2017/2018 Europa League Israel Maccabi Tel Aviv Ofir Davidzada