on July 27, 2018
This is a match worn/issued shirt belonging to the Italian striker, Ciro Immobile, from the World Cup 2018 Qualifying match Vs. Israel played on September 5, 2017. Ciro scored the only goal in the 53rd minute of the match, giving Italy a 1-0 victory over Israel. Italy was in Group G of the 2018 World Cup Qualifiers with: Spain, Albania, Israel, Macedonia and Liechtenstein. They finished in second place in the group with 23 points and advanced to the playoff round where they lost 1-0 on aggregate to Sweden. This was the last match that Italy wore this blue home kit as they changed their shirts to the new home kit commemorating 120 years for their last two qualifying matches in October. This is a very nice shirt as the match details contain both flags, a feature they only added in the middle of this campaign. 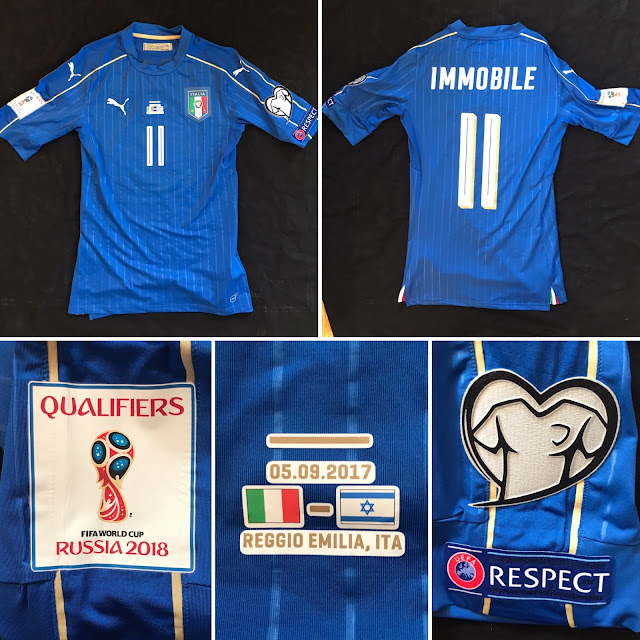 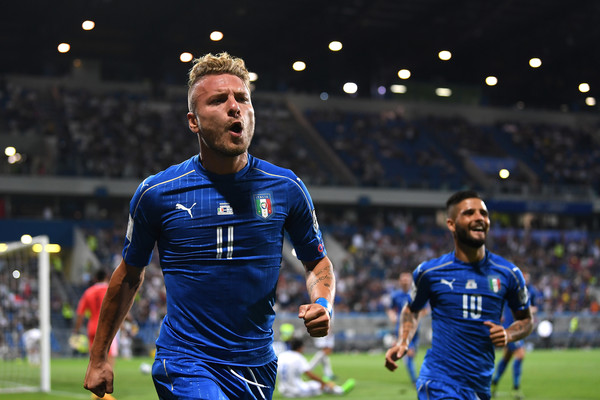 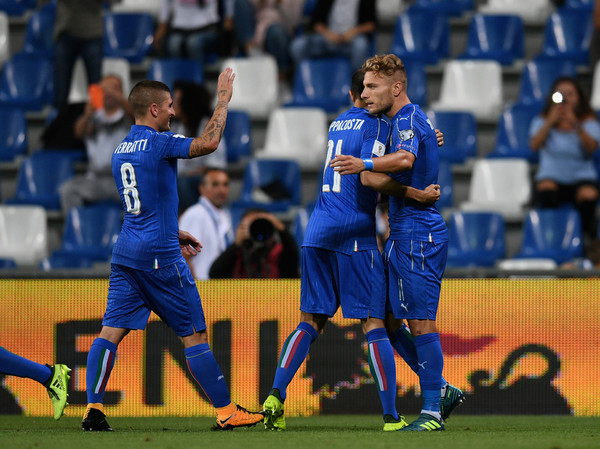