on July 29, 2018
This is an Eran Zahavi match issued shirt from the Israel vs. Italy 2018 World Cup Qualifier match on September 5, 2017. Israel lost the match 1-0 from a 53rd minute header from Italian Striker, Ciro Immobile. Zahavi wasn't in the squad for this match because of a huge scandal that erupted in the previous game vs Macedonia where he threw his armband after getting booed and cursed by the angry Israeli fans who were upset about their national team losing 1-0 to Macedonia. He was criticized by the Israeli media for his behavior and officially retired from the national team a few hours after the match. Throughout the campaign, Israel used two different white kits.  This shirt is from the first match that they started to wear the second kit.  In addition, the match details on this shirt appear to be a sticker which they ironed on, which is the only match that had details which looked like this. The reason behind this was that they had already ironed on the details to these shirts for the match vs. Macedonia, which was played on September 2, 2017. They must've planned on wearing these white shirts for that match and only decided to wear the blue kit last minute. I have 4 Israel shirts and 1 Italy shirt from this match.
Israel
1 and 2) Ben Bitton shirts
3) Itay Shechter's shirt
4) This shirt
Italy
1) Ciro Immobile's shirt 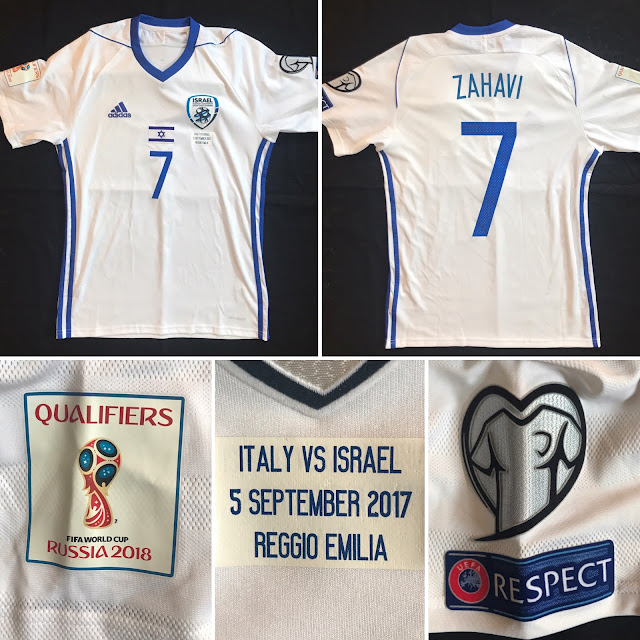 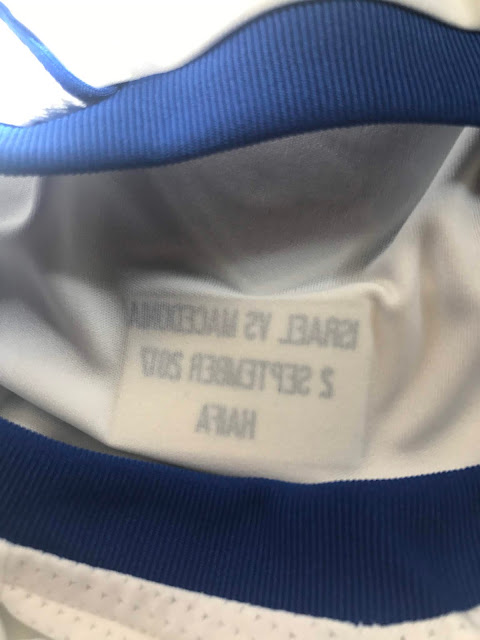 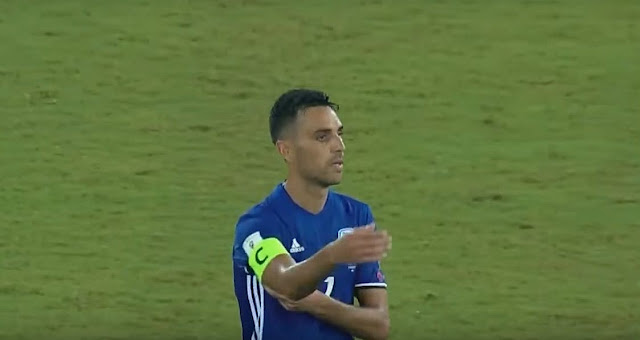 Zahavi throwing armband after getting cursed by Israeli fans (vs. Macedonia)