on June 22, 2018
This is a match issued Bibras Natkho shirt from the 2012-13 Europa League. Kazan had qualified directly for the Europa League group stages and featured in Group H with: Inter Milan, Partizan Belgrade and Neftchi Baku. Kazan finished 1st in the group with 14 points after the 6 matches and advanced to the knockout stages. In the round of 32 they played against Athletico Madrid beating them 2-1 on aggregate, advancing them to the round of 16, where they played against Levante winning 2-0 on aggregate. Their Europa League dreams were eventually crushed by Chelsea FC in the quarter-finals losing 5-4 on aggregate.

Natcho joined Kazan in 2010 from Hapoel Tel Aviv at a reported €650,000 paid to Hapoel Tel Aviv. He stayed with the squad for four seasons, scoring 21 goals in 104 appearances before transferring to CSKA Moscow. 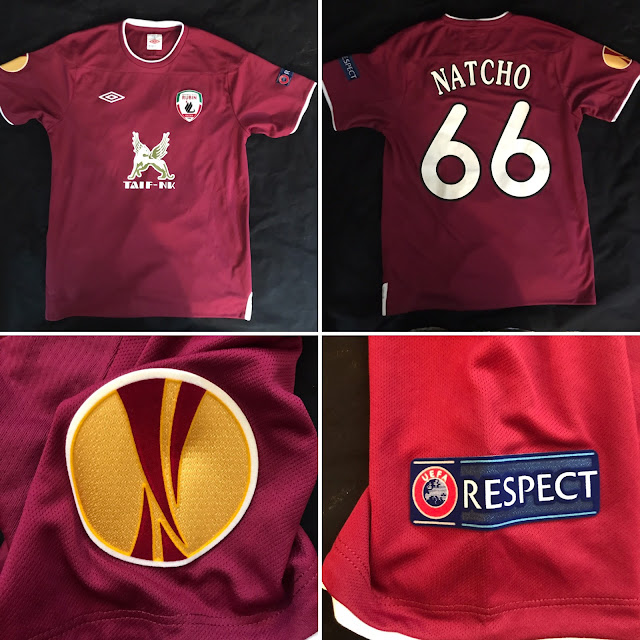 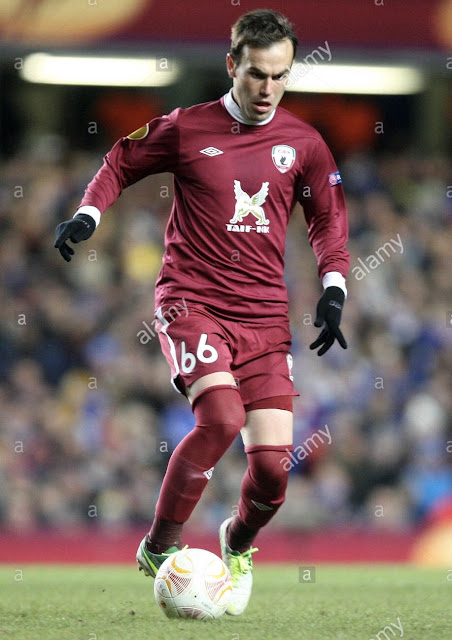 Bibras during one of the Europa League matches