on May 15, 2018
This is Steven Naismith's match issued shirt from Scotland's final match of their 2014 World Cup Qualifying campaign against Croatia that was played on October 15th, 2013 at Hampden Park in Glasgow. Scotland won the match 2-0 with a goal in the 28th minute from Robert Snodgrass and a 73rd minute goal from Steven Naismith. This victory wasn't enough to help Scotland as they finished in 4th place with 14 points.  They were in Group A with: Belgium, Croatia, Serbia, Wales, and Macedonia. Unfortunately, the shirt doesn't have the last name on the back as it is only an issued shirt (I decided later on to buy a custom name set and have it ironed on). I decided to add this shirt to my collection because I stayed in Edinburgh for 3 weeks in early 2018 and figured that the best souvenir I could bring home with me is an authentic national team shirt.  I purposely chose the 2014 world cup model because I love the design, as well as the collar. 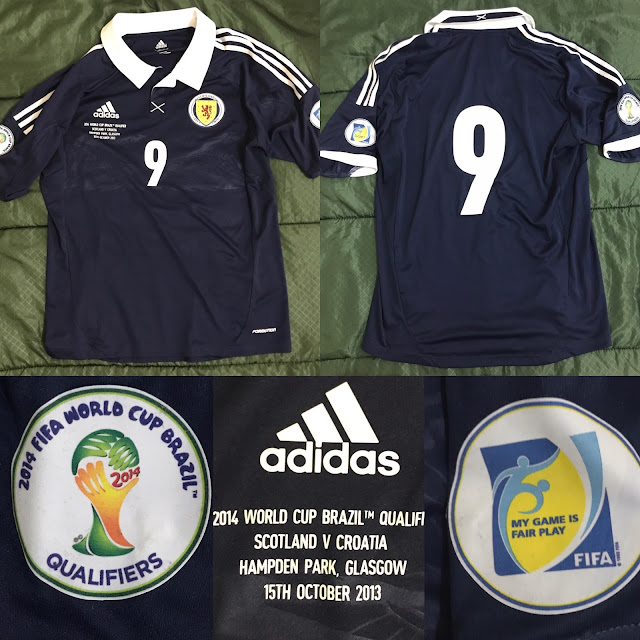 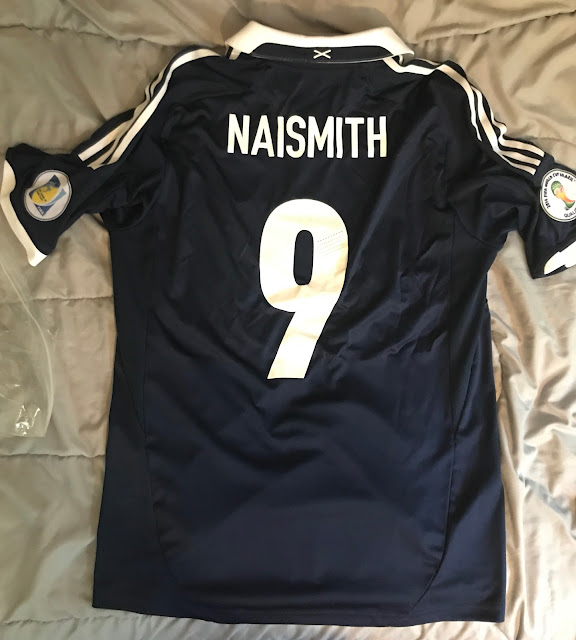 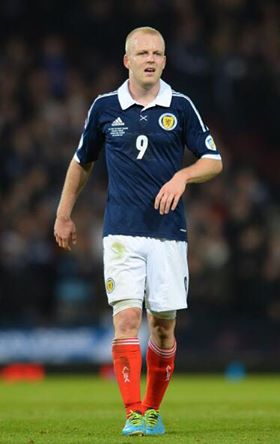 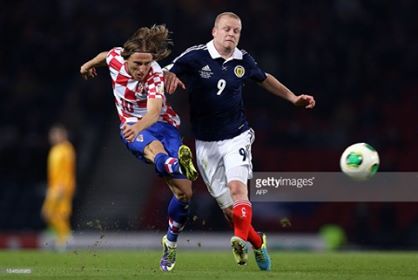