on May 15, 2018
This is a Paul Anton match worn shirt from the Israel Vs. Romania friendly match that was played at Netanya Stadium on March 24, 2018.  Anton came on as the 5th Romanian substitute in the 72nd minute replacing Mihai Pintilli. Romania won the match 2-1 after coming back from a 1-0 deficit with a 62nd minute goal from Nicolae Stanciu and a 82nd minute goal from Marius Tucudean.  This match was my favorite match I have ever attended as I won two free tickets through a Facebook contest with the Israeli Football Association, and participated in a target shooting contest during halftime where I came in first place and won tickets to Israel's future Nations League matches Vs. Scotland and Albania.  I also got Almog Cohens shirt after the match which made it even more special. 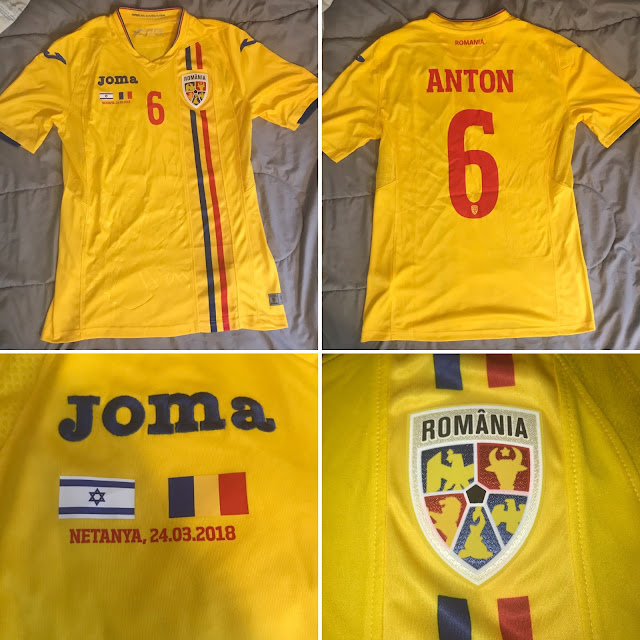 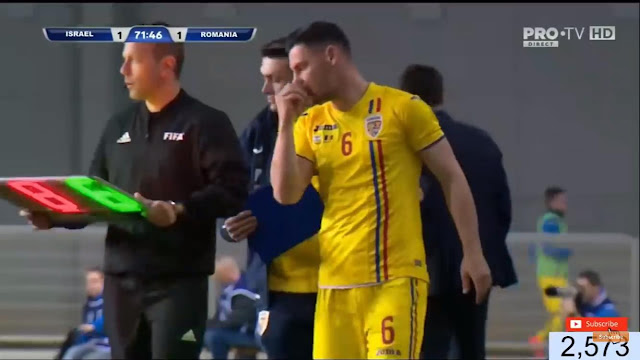