on April 09, 2018
This is a match worn/issued Gil Vermouth shirt from the Israel Vs. Cyprus match played at Teddy Stadium on  10/10/15.  Israel lost the match 2-1 ending their dream of qualifying for the European Championships.  Vermouth was in the starting lineup and played 65 minutes until he was replaced by Tomer Hemed.  He also had one close attempt at goal receiving a pass from Munas Dabbur and shooting just wide.  This match was the only match that Israel played with the Blue kit during this campaign.  The Blue kit ended up being worn two more times in Friendly matches vs. Croatia and Serbia in 2015 but with no last name. 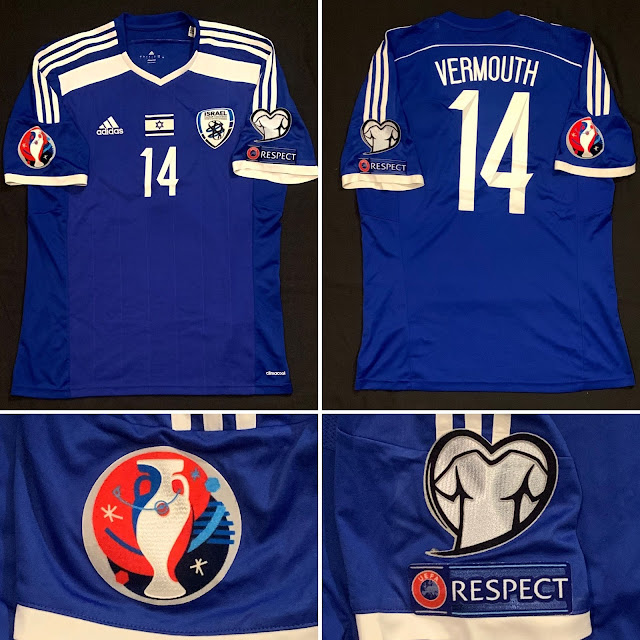 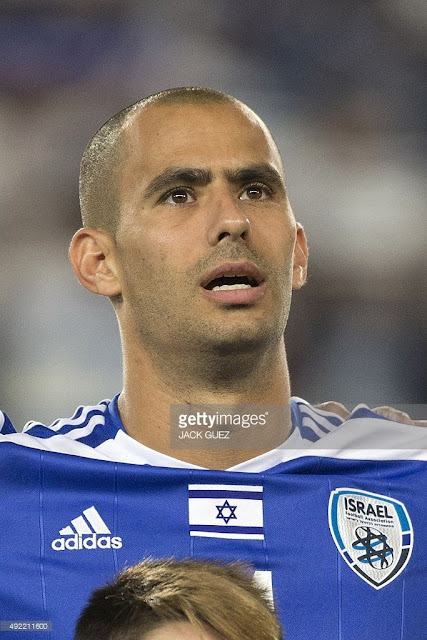 Vermouth during the National Anthem 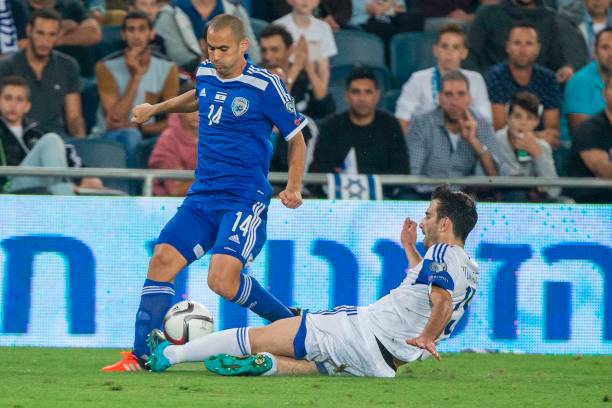