This is a Miki Yazo match issued shirt from the 2012-2013 Uefa Europa League.  Kiryat Shmona won the Israeli league in the 2011-2012 season and made it to the playoff round in the Champions League before losing to Bate Borisov.  They were in group I with Lyon, Athletic Bilbao, and Sparta Prague.  They finished 4th in the group. 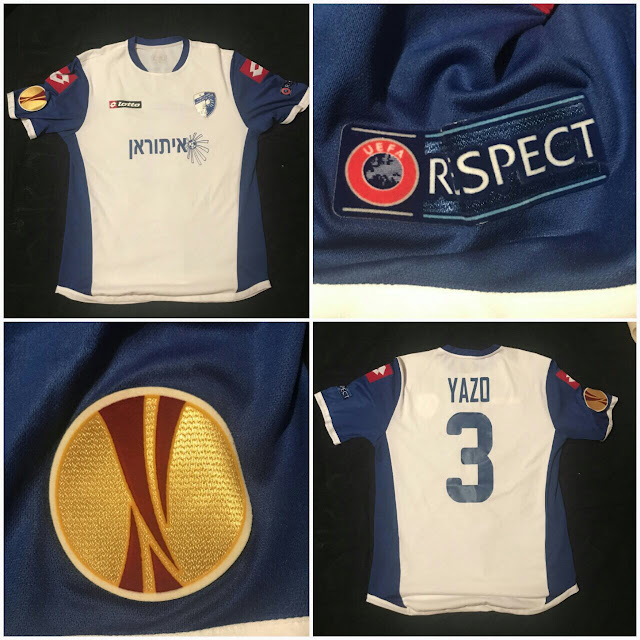 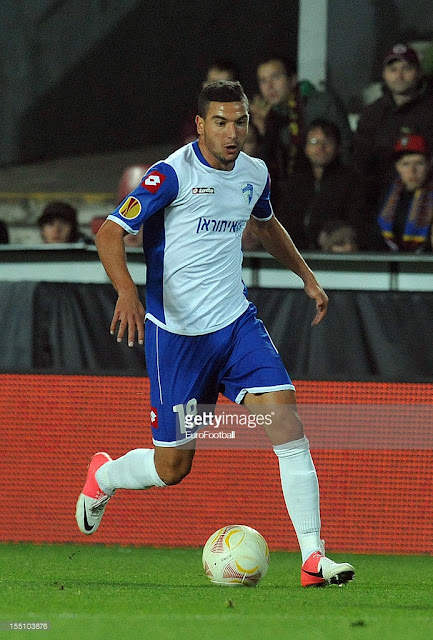