on December 18, 2017
This shirt is a Gil Vermouth match worn shirt that was given to me directly from Gil after Maccabi's Israeli state cup match Vs. Ironi Nir Ramat Hasharon.  Maccabi won the match 3-1.  This is an extremely rare shirt as it was the last match that Gil played for Maccabi Tel Aviv (He was still in the lineup for another 2-3 games but didn't play).  Gil ended up transferring to Maccabi Haifa and won the State Cup playing against Maccabi Tel Aviv in the final.  This is one of two match worn Maccabi shirts I have from this season and is the only one with the Unicef sponsor on the front and the Nivea Men sponsor on the back.  They only wore shirts with these sponsors during league matches.  In addition, this is the only shirt in my collection that has the player's last name in Hebrew on the back.  At the beginning of this season, the IFA decided that all teams must feature last names in hebrew on the back.  Maccabi only shifted to Hebrew last names after they were eliminated from the Champions League Group Stages in early December. 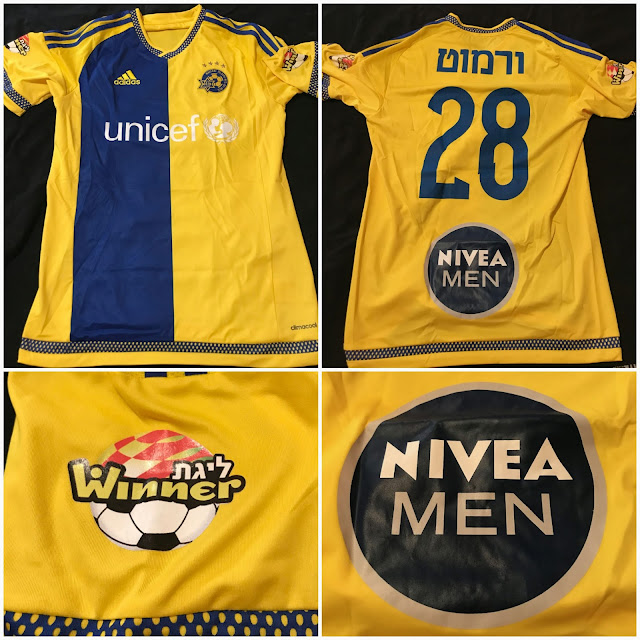 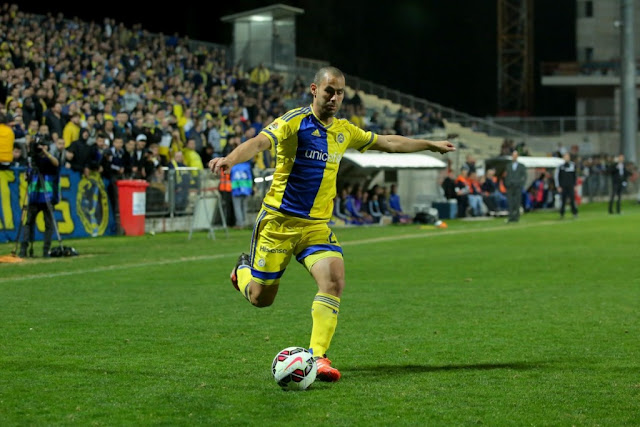 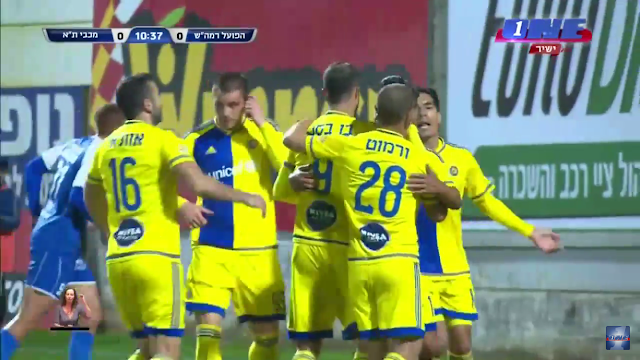