on December 18, 2017
This is a Dor Peretz match worn/issued shirt from Maccabi Tel Aviv's first match against Dynamo Kiev on September 29th, 2015 at the Sami Offer stadium.  During this season, Maccabi made it to the group stages of the Champions league for the second time in the club's history.  They were in Group G with Chelsea FC, Dynamo Kiev, and Porto FC.  They lost every match and finished last in the group. 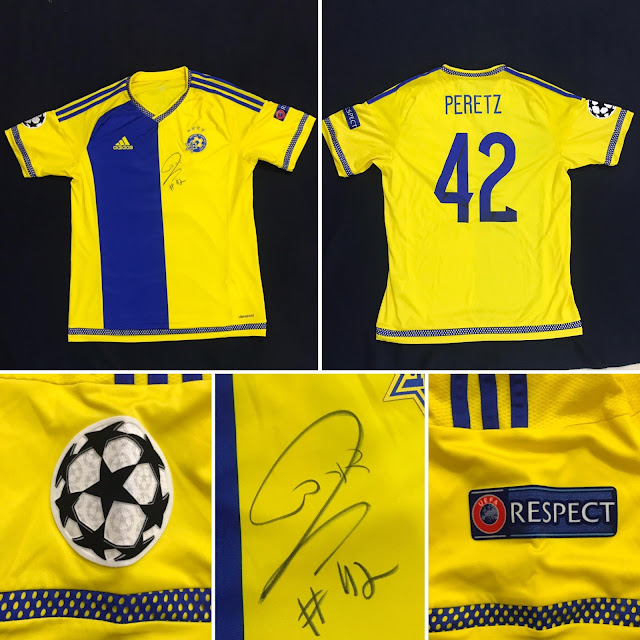 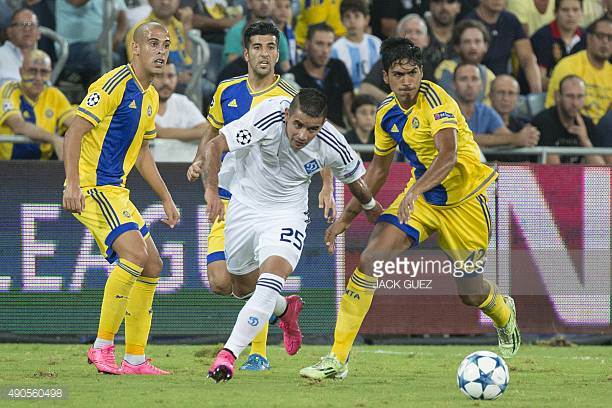