on December 31, 2021
Hen Ezra's match worn shirt from the Israel vs. Russia World Cup 2014 qualifiers match played on September 11th, 2012 at the Ramat Gan Stadium in Ramat Gan, Israel. Ezra played the full 90 minutes of the match, which Israel lost 4-0. This match was his 2nd appearance out of his 9 total with the national team.
Israel featured in Group F alongside: Portugal, Russia, Azerbaijan, Northern Ireland, and Luxembourg. This Campaign was the first one in which the Israeli national team started started wearing shirts with last names regularly. 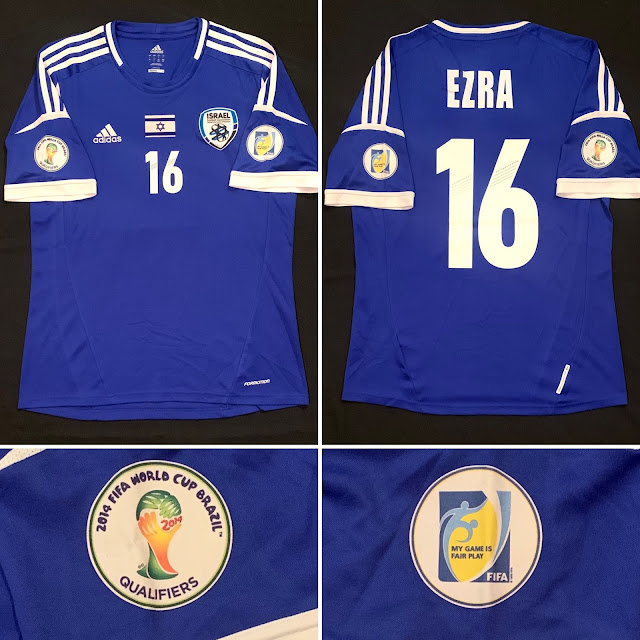