on August 29, 2019
Dor Peretz's match worn/issued shirt from the Israel vs. Poland match played on June 10th, 2019. Israel lost the match 4-0, their first loss in the 2020 Euro Qualifiers. Dor played the full 90 minutes and wore the #15 shirt (changing from #14 which he wore in the first two matches of the campaign). In this match both teams wore extremely rare shirts. Poland had worn a commemorative shirt only to be worn in this match vs. Israel to showcase the 100 year anniversary of their football association. As a result, UEFA didn't allow Israel to wear their white or blue model kits as the light colors would not contrast enough with the Poland red and white shirt. Israel was therefore forced to prepare this "third kit" a much darker blueish shirt. Whether this shirt will ever be worn again is unknown however it is a fan favorite as it is one of the nicer models Israel has worn in recent years. 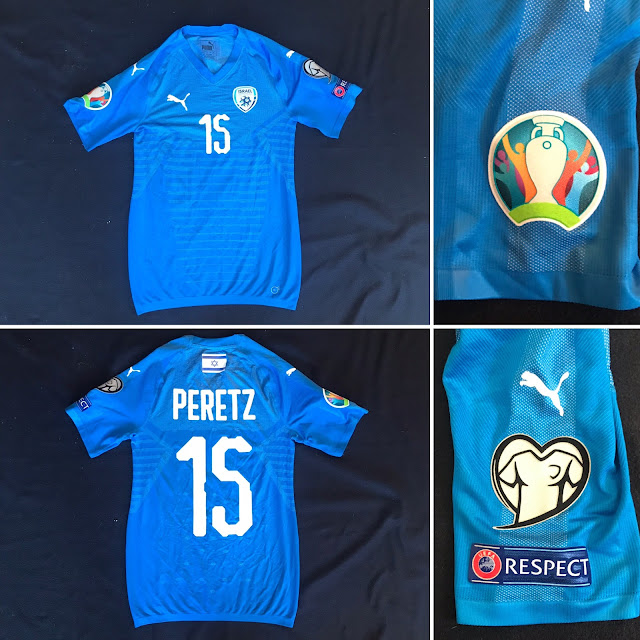 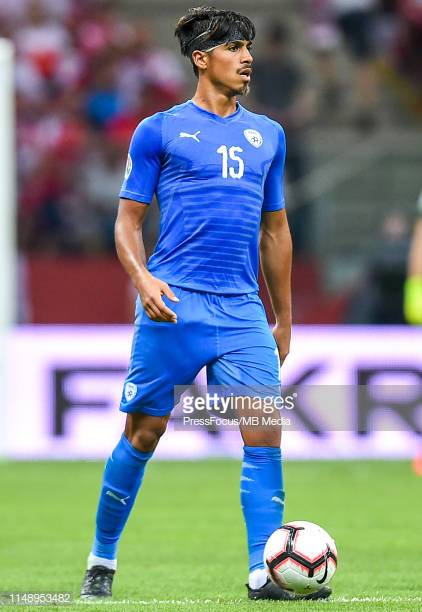 Dor Peretz in the shirt 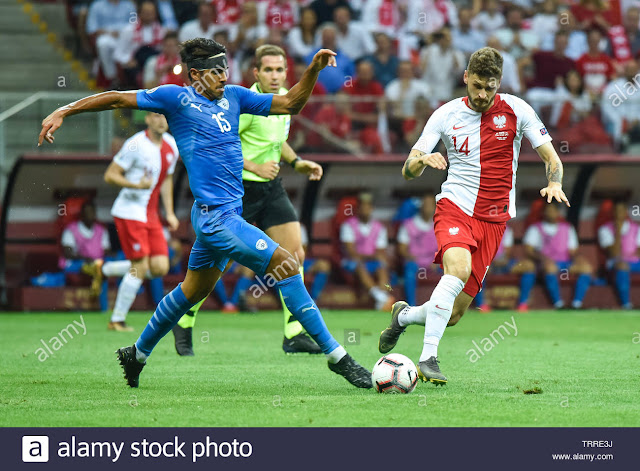